Yesterday was Earth Day, a day when everyone is supposed to try to do something which benefits the planet. Of course, people should try to do what’s best for the planet everyday, but unfortunately that isn’t always the case. Here is an article and quiz from CNN, to test your knowledge of the Earth and pollution. Some of the answers may surprise you.

(CNN) — There’s a popular saying about our planet and humankind’s negative effects on its ecology:

“We treat this world of ours as though we have a spare in the trunk.”

Since the nearest planets that could possibly sustain life appear to be more than 1,200 light years away, it may be wise for Earthlings to do what we can to preserve the nice place we already have.

If you think we have more pressing matters to deal with than keeping Mother Earth in shape, consider the people of Afghanistan. 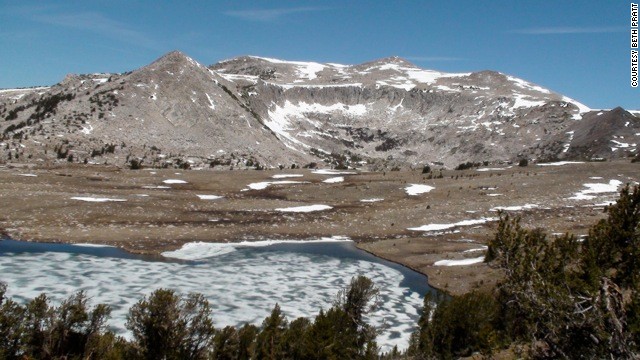 In 2011, the Green Club of Afghanistan planted more than 28 million trees. That’s nearly one tree per person in one of the world’s most war-torn nations.

Or, turn your sights to the beaches of California where a group of volunteers collected more than 3 million pounds of trash that could be recycled, and that was just a day’s haul.

The best intentions and actions are driven by knowledge, so here’s a little quiz to help you bone up on ecology:

1. How many pounds of trash did the United States create, per person, every day in 2010?

2. The seven worst metropolitan areas for ozone pollution are all in California. No. 8 is in another state. Which is it?

Answer: C — Houston, but some metro areas that may surprise you are not far behind, like Charlotte, North Carolina.

3. What percentage of hybrid car owners replace it with another hybrid when it’s time to get a new car?

Answer: C — Only 35% of people who buy a hybrid once buy one again. With all the praise they receive, isn’t it surprising so few drivers buy a second one?

4. About 70% of the Earth is covered with water. Only a relatively small amount of it is potentially potable fresh water. How much?

5. Though fresh water would seem somewhat precious, Americans use a lot of it every day. On average, what is the approximate daily water use of each household?

Answer: C — 300 gallons. That’s what the U.S. Environmental Protection Agency says. Meanwhile, more than 750 million people (more than 10% of the world’s population) still don’t have adequate access to drinking water, according to the United Nations.

6. A lot of the water Americans consume lands on their lawns. What percentage, on average, is used for outdoor purposes?

Answer: B — About 30% of U.S. residential and commercial water goes for outdoor use. And up to 50% of that evaporates if you water in the heat of the day, the EPA estimates.

7. Which of the following takes the longest time to break down?

Answer: A — A plastic six-pack holder takes 450 years to disintegrate. Consider the impact of plastic water bottles, which take as long to biodegrade. The International Bottled Water Association says that in the top 10 global markets alone, people consumed more than 61 billion gallons of bottled water in 2011.

8. Which of the following accounts for the greatest percentage of total waste in the United States?

Answer: A — Paper is by far the No. 1 item Americans dispose of. But it is also the most recycled material.

9. How much solid waste does the United States produce in one year?

Answer: C — 250 million tons, says the EPA. That’s more than 1,000 times greater than one of the largest cruise ships in the world.

10. Which of the following countries had higher emissions of the greenhouse gas carbon dioxide, per capita, in 2008 than the other two?

C — Australia emitted 26.08 tons of carbon dioxide per person in 2008. For comparison’s sake, a full tanker truck can weigh between 12 and 25 tons. U.S. and Russian per-person emissions that year were 22 and 15 tons, respectively.